We learned a lot last year, probably more than we realize even now.

First of all, in regards to compiling harvest data: put all of your notes in one place. A half dozen small notes littered our fridge with quickly scrawled weights of veggies and fruits. My phone held another handful of harvests. And obviously many other notes were missing. What can we say, it was a tough year. We welcomed our first child! And I went through intensive chemo treatment for leukemia. That aside, even missing different dates and many weights of produce, we still had a prolific year. For instance, we managed to harvest over fifty-two pounds of heirloom tomatoes! Which also means that we ate over fifty-two pounds of tomatoes—oftentimes looking like this: 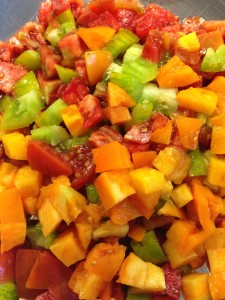 For what to do with that many tomatoes in the height of the season, we rely heavily on one of the greatest tomato pasta recipes we’ve found, courtesy of Francis Lam. We call it Hot Pasta for no particular reason. 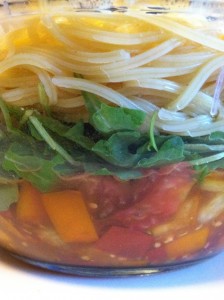 We also decided to try out a different gardening technique, one popular with the urban plot gardeners at the Peterson Garden Project, called Square Foot Gardening. Basically, the technique breaks down like this: a raised bed is sectioned off into square feet. 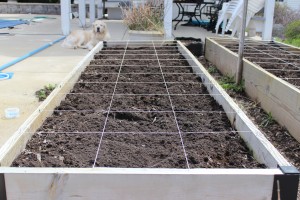 Each square foot becomes home to a single type of plant, and, you plant a specific number of said plant based upon its necessities. For instance, a single tomato plant takes up its own square foot whereas you plant four beans per square foot or sixteen radishes. 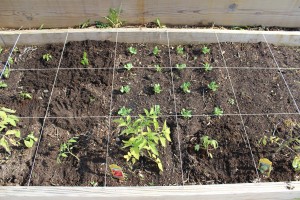 You get the idea. The technique allows not only for heavier planting and harvesting than each plant would normally provide, but it also makes planning a garden easier by automatically sectioning off the entire space. Kate made a handy guide out of cardboard that could be used to make holes for seeds. 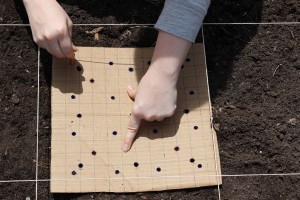 That being said, the technique does require particular maintenance. For instance, the tomatoes needed to be heavily pruned by removing the suckers that shot off the main vine. And, instead of cages, a trellis system is used to allow the vines to grow up them rather than sprawl out. 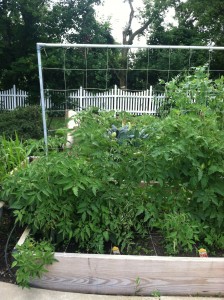 Rather than limit the crop, the pruning promoted easier harvest and more energy going to the fruit and central vine rather than the offshoots. You can find lots of videos online talking about both square foot gardening and particular pruning techniques.

While some of our plants experienced a bumper crop like our two pole beans: green beans and dragon tongue, not everything grew well. On the whole it was a good year: 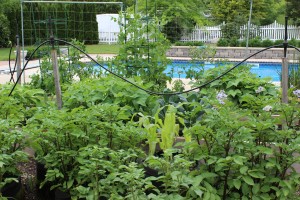 We had our second disappointing showing from the Jade Blue Corn. Perhaps it was never meant to be. We grew it again in a pot and it just didn’t happen. We never got any beets (again), and the peppers were quite disappointing aside from a few bell peppers. I felt particularly bummed out by the lack of hot peppers after Kate carefully started so many from seed. Our climate just isn’t the best for peppers, and last year’s cooler summer, while great for our green beans, didn’t help the Orange Thai peppers. And we obviously lack some important knowledge about how best to grow them. One of our most frustrating experiences was with quinoa. We were incredibly excited by the progress of the plant from 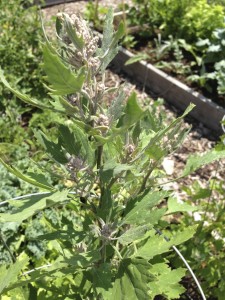 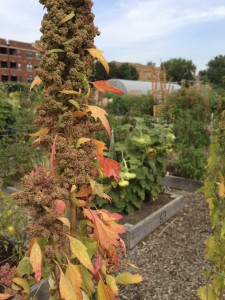 However, despite what looks to be a fully mature plant full of delicious seed pods, after we dried it, the plant turned out to offer little more than pods without seeds. We hypothesized that it cross-bred with some lamb’s quarters or another weed and became stunted. Who knows. We have a lot to learn about quinoa apparently.

Here’s a full listing and a few pictures of what we grew last year in Antioch:

All Blue Potatoes (In garden bags) 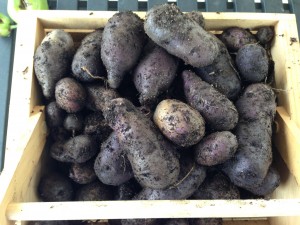 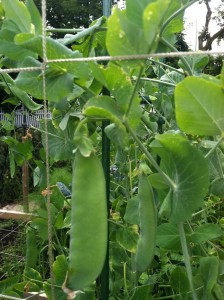 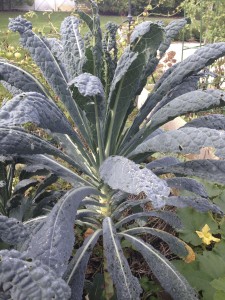 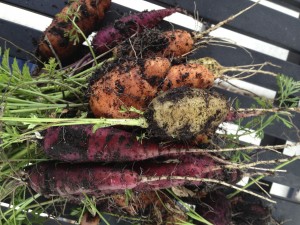 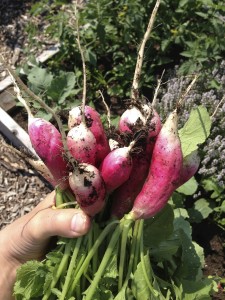 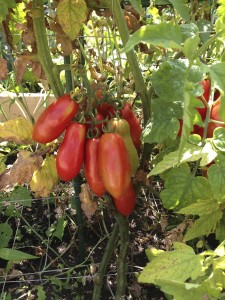 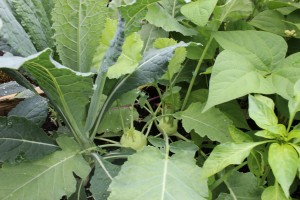 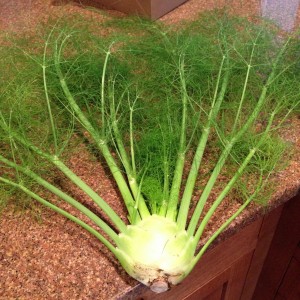 At our single plot at Global Garden as part of the Peterson Garden Project, we grew: 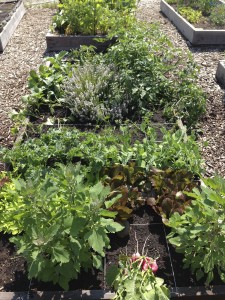 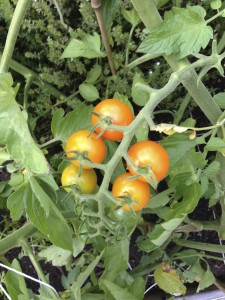 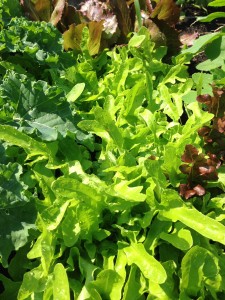 Thyme (which was leftover from a previous gardener. Win.)

Kate started many of these from seed as you can see from an earlier post, mostly with seeds from Seed Savers (what a great organization!). We also purchased a number of plants from Gethsemane and a few from a sale put on by the Peterson Garden Project. Our seed potatoes were also from Seed Savers, though we have also purchased a few varieties with great success from Wood Prairie Farm out of Maine.

We’ve already started excitedly planning for next year, looking through seed catalogs and thinking about using bags versus raised beds. But that’s for another post.