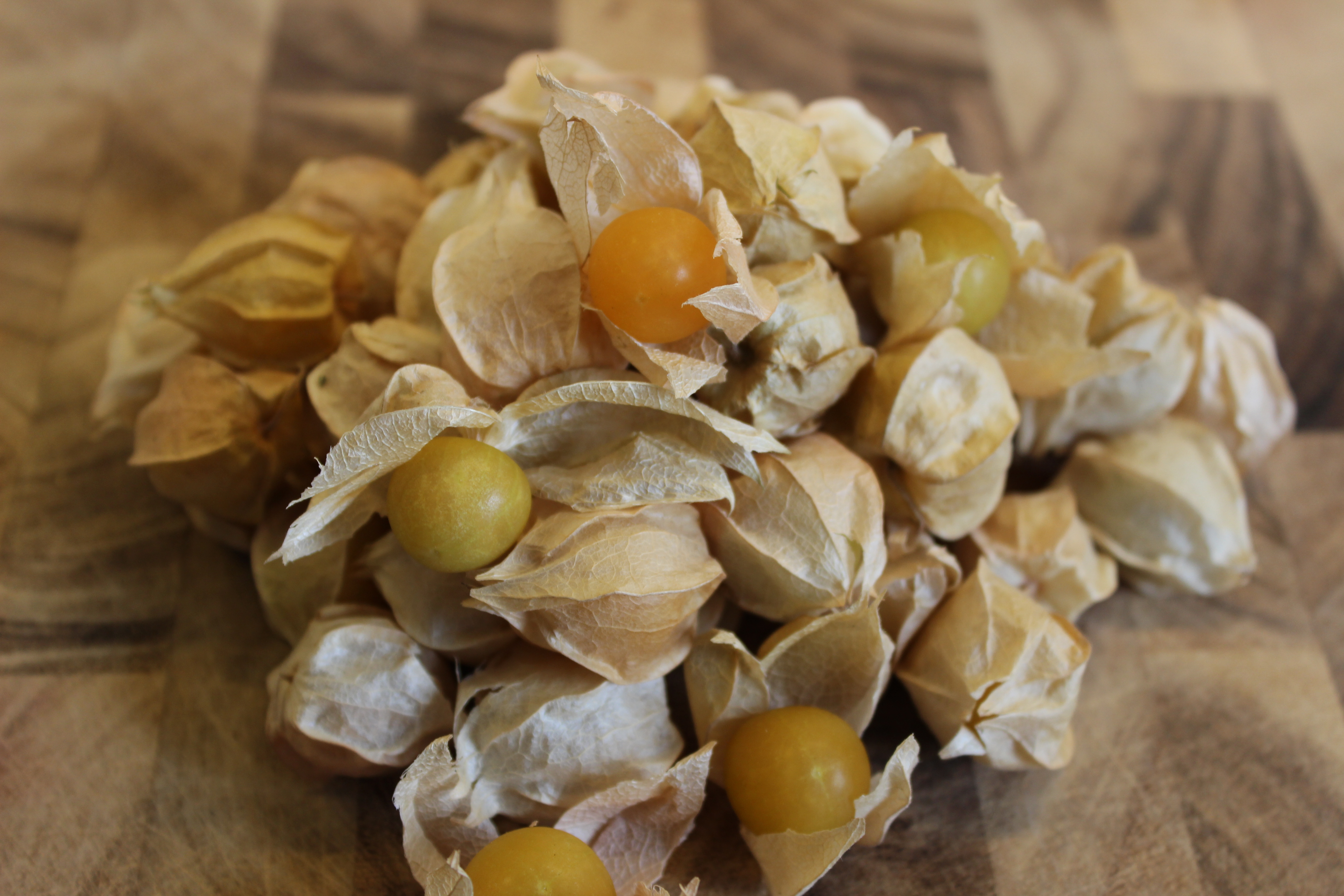 One of our favorite farmer’s markets we’ve ever visited is the Dane County Farmer’s Market in Madison, Wisconsin. We try to make it at least a couple times a year. Farmers, cheesemakers, and bakers hawking some really exceptional wares line up along the streets surrounding the capitol building. Perhaps because of the competition, we’ve always found the produce to be better cleaned and prepped than many other markets. And a couple of the stands sell spicy cheese bread—a big rich loaf of bread stuffed with provolone and dotted with red pepper flakes. We never leave without grabbing one, ripping off chunks as we drive away from the city. All around, it’s not a market to miss.

A few weeks ago, we were able to visit. Among many items we picked up, we grabbed a quart of ground cherries. Also known as cape gooseberries, these little fruits pack a delicious tropical punch of flavor. They’re related to tomatillos, which might be obvious given their paper lantern covering. We grew some a couple years back and were impressed by the amount even a smaller plant will yield over time. They keep terrifically well, which is nice as they give a little at a time. The small paper-covered berries drop from the plant when ripe, hence the name. 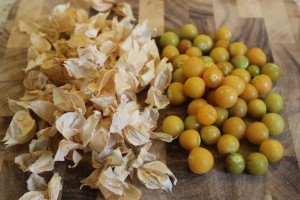 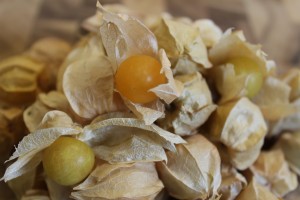 With such a small amount, I figured I’d throw together some hand pies rather than a big pie. I sorted the ground cherries to find the most ripe ones and sliced them in half, tossing them with a little sugar, a pinch of salt, and let them sit to macerate as they gave up some of their juice.

For the dough, I turned to this hand pie recipe, which turned out wonderfully. Though, as a side note, this dough preparation is no joke. It’s quite involved and time consuming, but definitely well worth it in the end. Your favorite pie crust recipe would probably work just fine. But who wants just fine when you can have a spectacular pie? Here are the disks ready to fill. 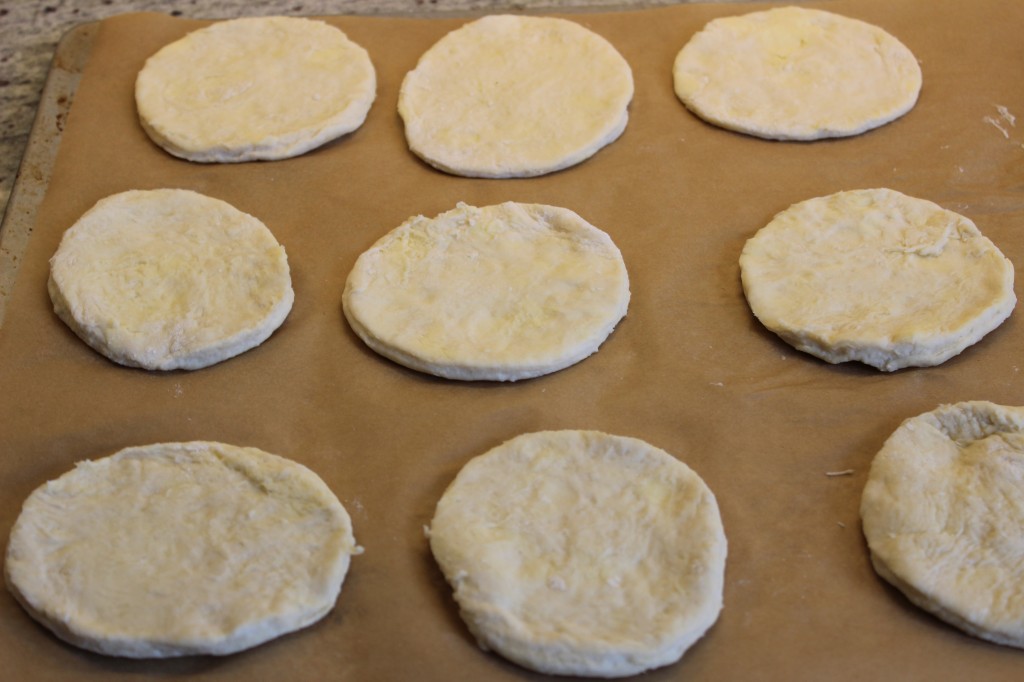 I ended up with about a cup of ground cherries to which I added three tablespoons of sugar and the pinch of salt. For a thickener I added a 1/2 tsp of arrowroot powder. You could use cornstarch in the same amount or about the same amount of flour. Since I didn’t have enough fruit to fill all the pies, I also threw together a filling of peaches tossed with a little sugar, salt, and arrowroot as well. I’m not a huge fan of overly sweet pies. If you are, feel free to use more sugar. 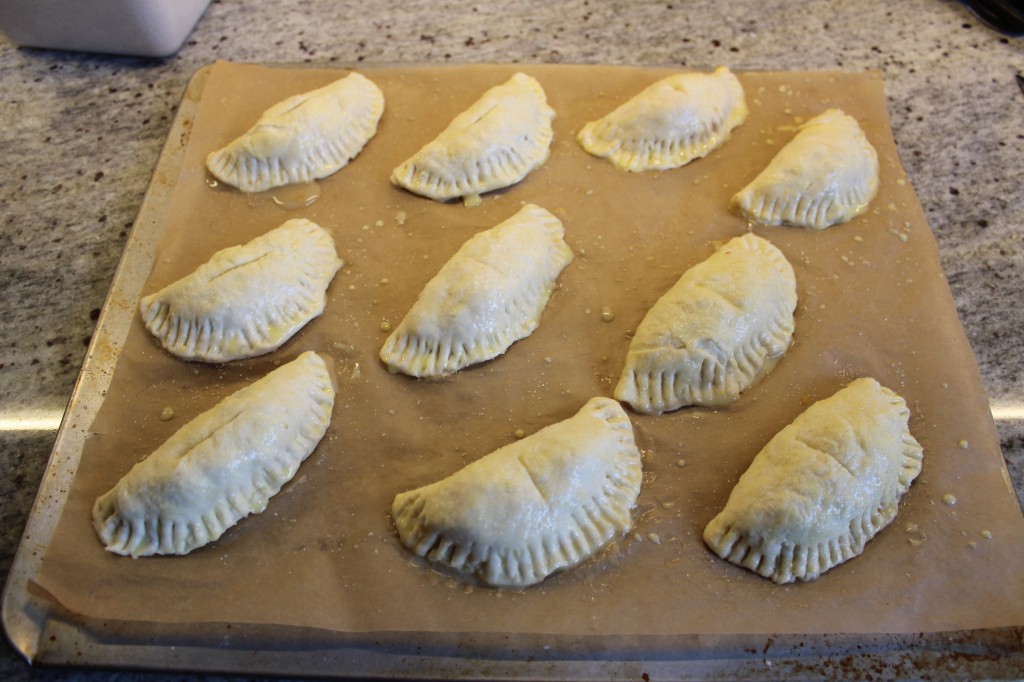 I slashed the dough to remind myself with filling I used for each pie. They all turned out wonderfully. The dough proved flaky and the filling bursting with fruit flavor rather than just sugary. Do you have any favorite ground cherry recipes? Or any sleeper fruits found at the market? I’ve been trying to get my hands on some paw paw, but I might have to wait till next year. 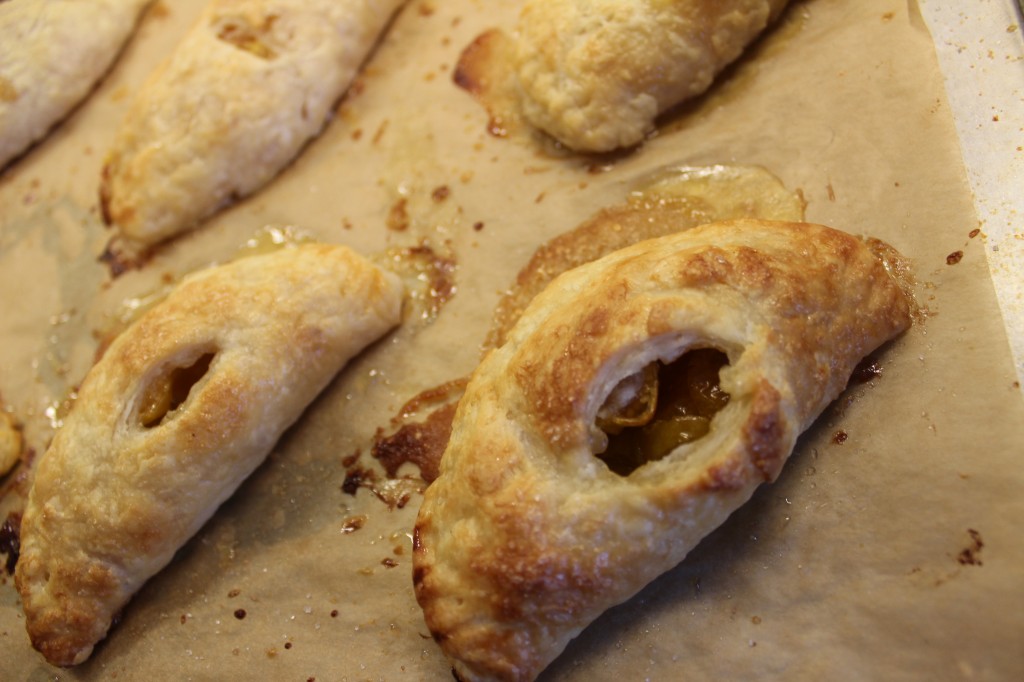