FIn the Country, In the Kitchen 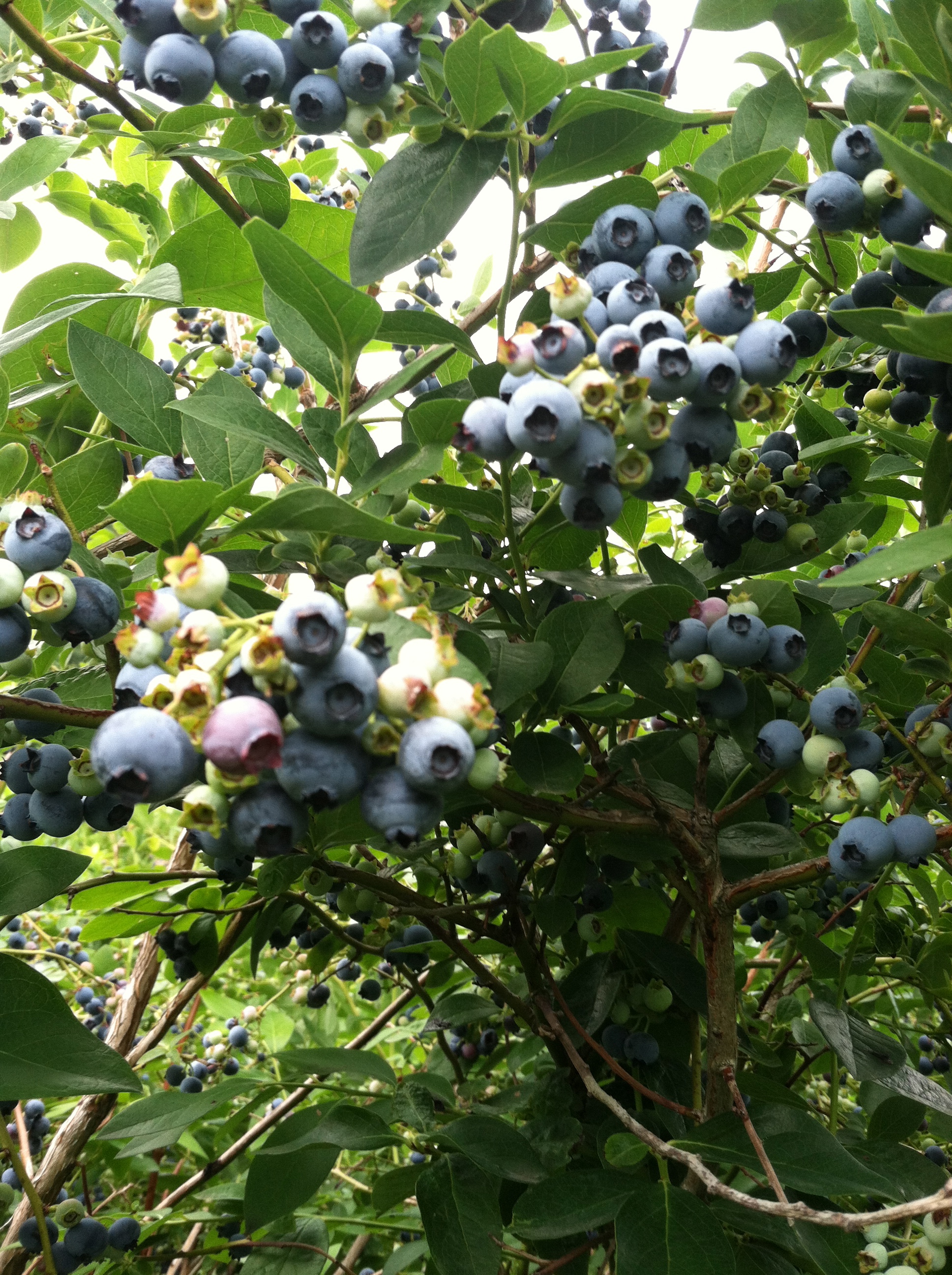 We’ve been going blueberry picking in Sawyer, Michigan for years now at a place called The Blueberry Patch (you can find them on Facebook). After a short jog off I-94, you turn down a dusty, almost one-lane driveway that spits you out along an expansive grove of blueberry bushes in rows surrounded by tall, gangly trees. The friendly folks at the patch hand you a white plastic bucket on a thick rope and you’re off. 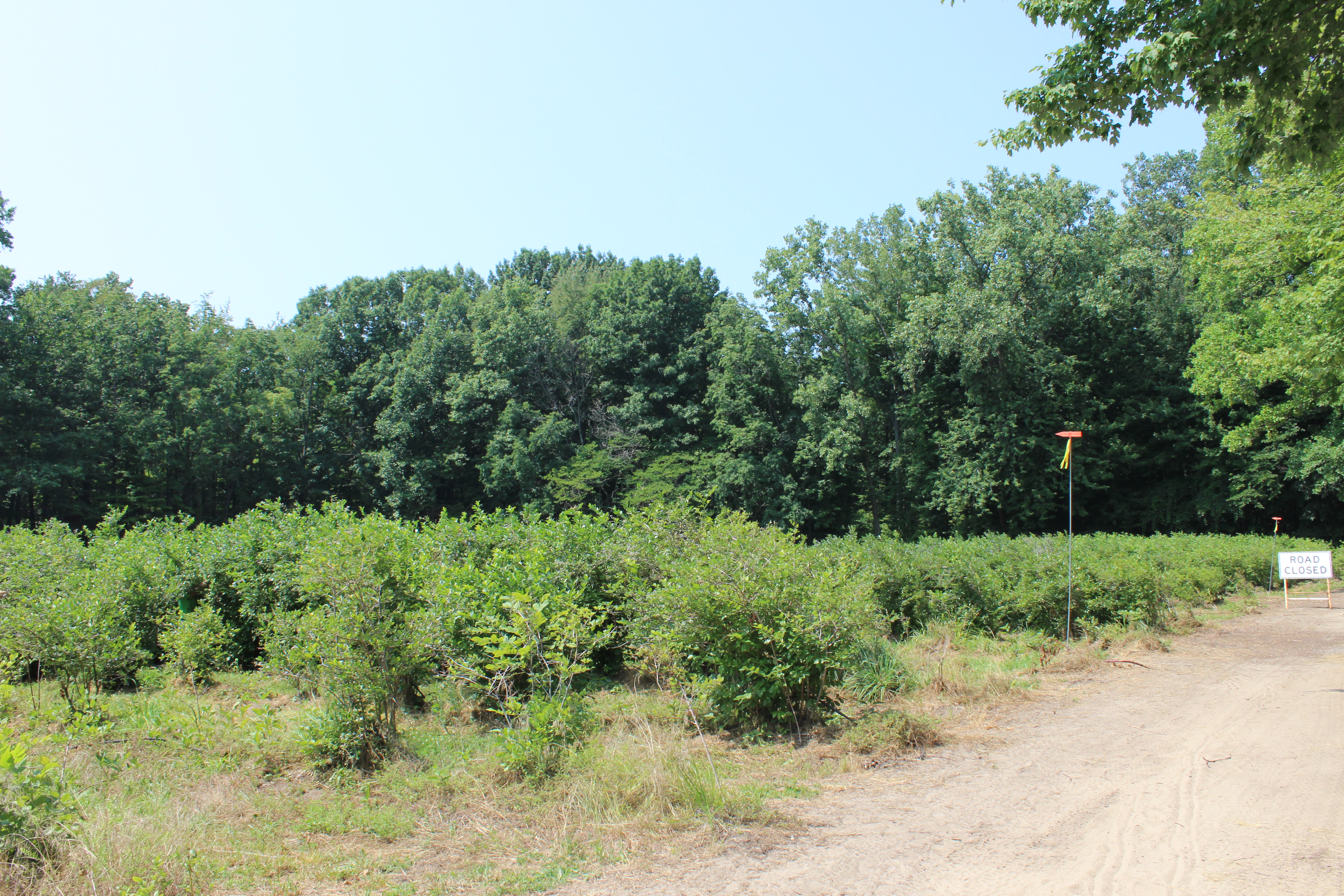 To eat blueberries straight from the bush and grown in such ideal conditions is to know a fruit at its most pure, its platonic ideal in a way. I suppose breeding, care, and cultivars have something to do with it. Kate and I took a road trip to Maine a few years back and tasted wild, Maine blueberries on Mount Desert Island. They were delicious, but nothing compared to the fat berries growing in that sandy soil near Lake Michigan. I just ate another handful to confirm, and, yes, they’re still amazing. Unfortunately, we missed last year as I was too sick and weak from treatment, but we were able this summer to take the drive there again, this time with our toddler in tow. Last time we went, back in 2012, Etta was about the size of a blueberry. Or maybe a cherry. I can’t recall exactly what fruit. Either way, we had much better luck picking while not caring for an 18 month old who ate berries almost as quick as we could pick them. 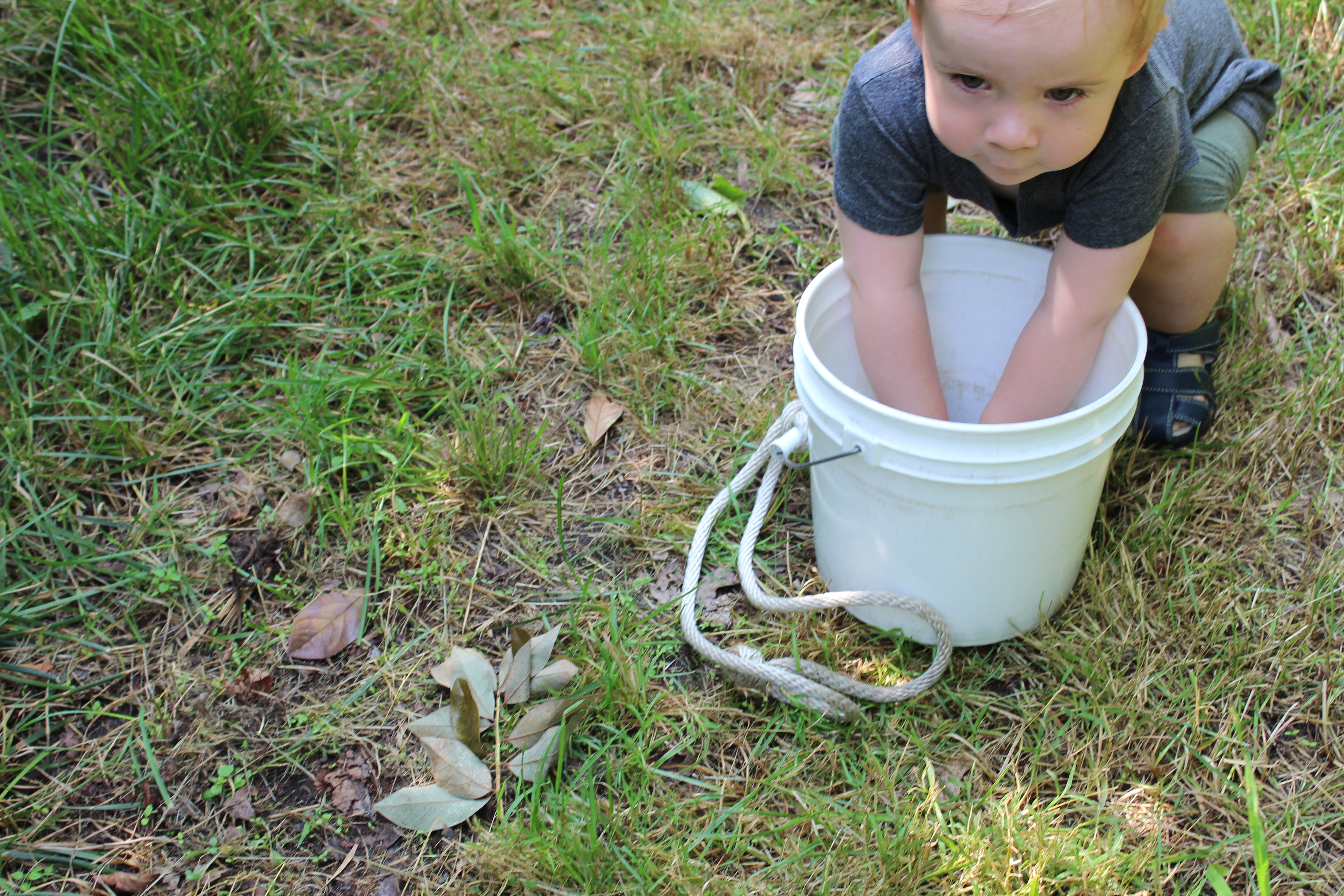 Seeing her romp about the bushes, pointing and talking about the berries, warms the heart. 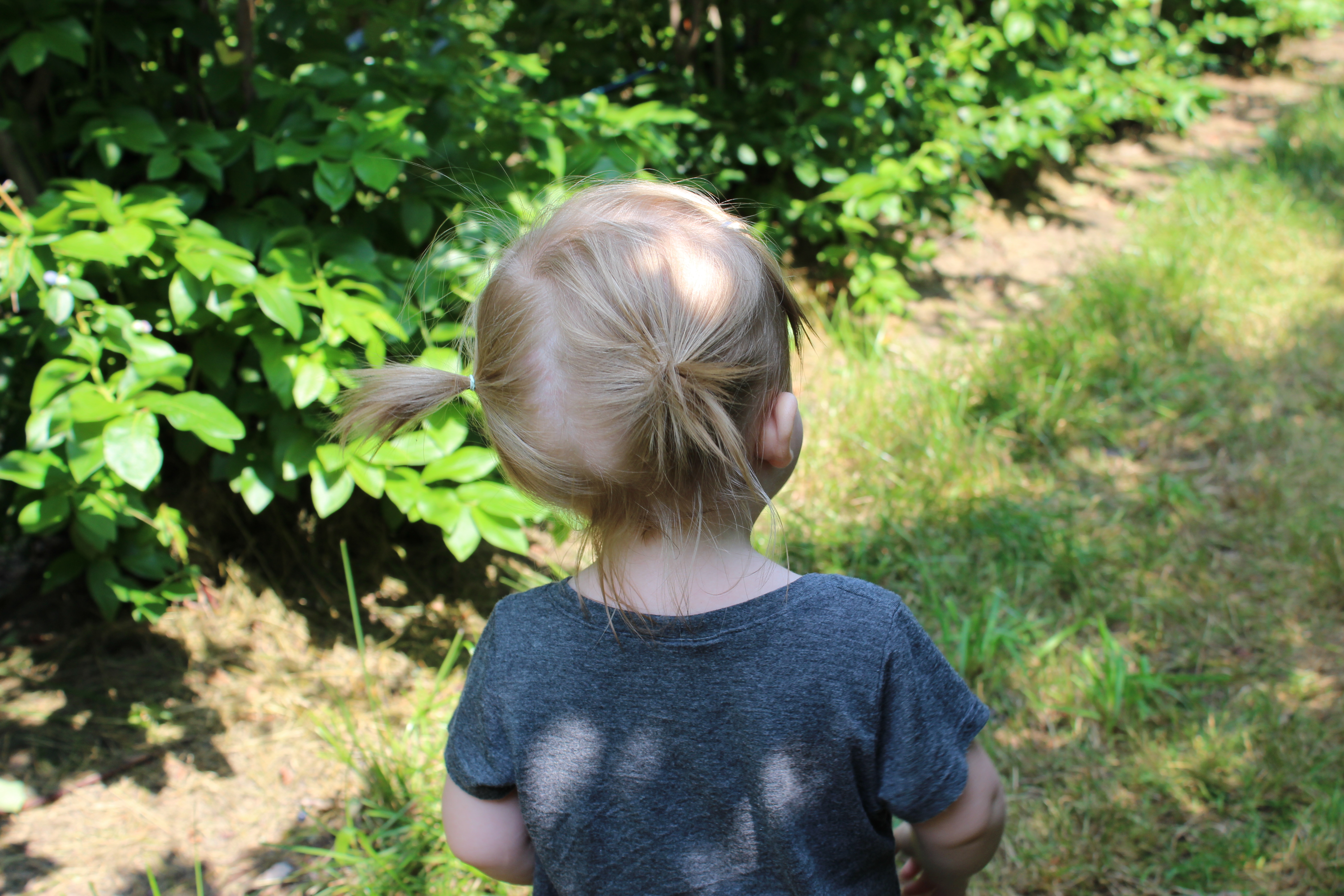 Since we were only able to pick about five pounds between us, 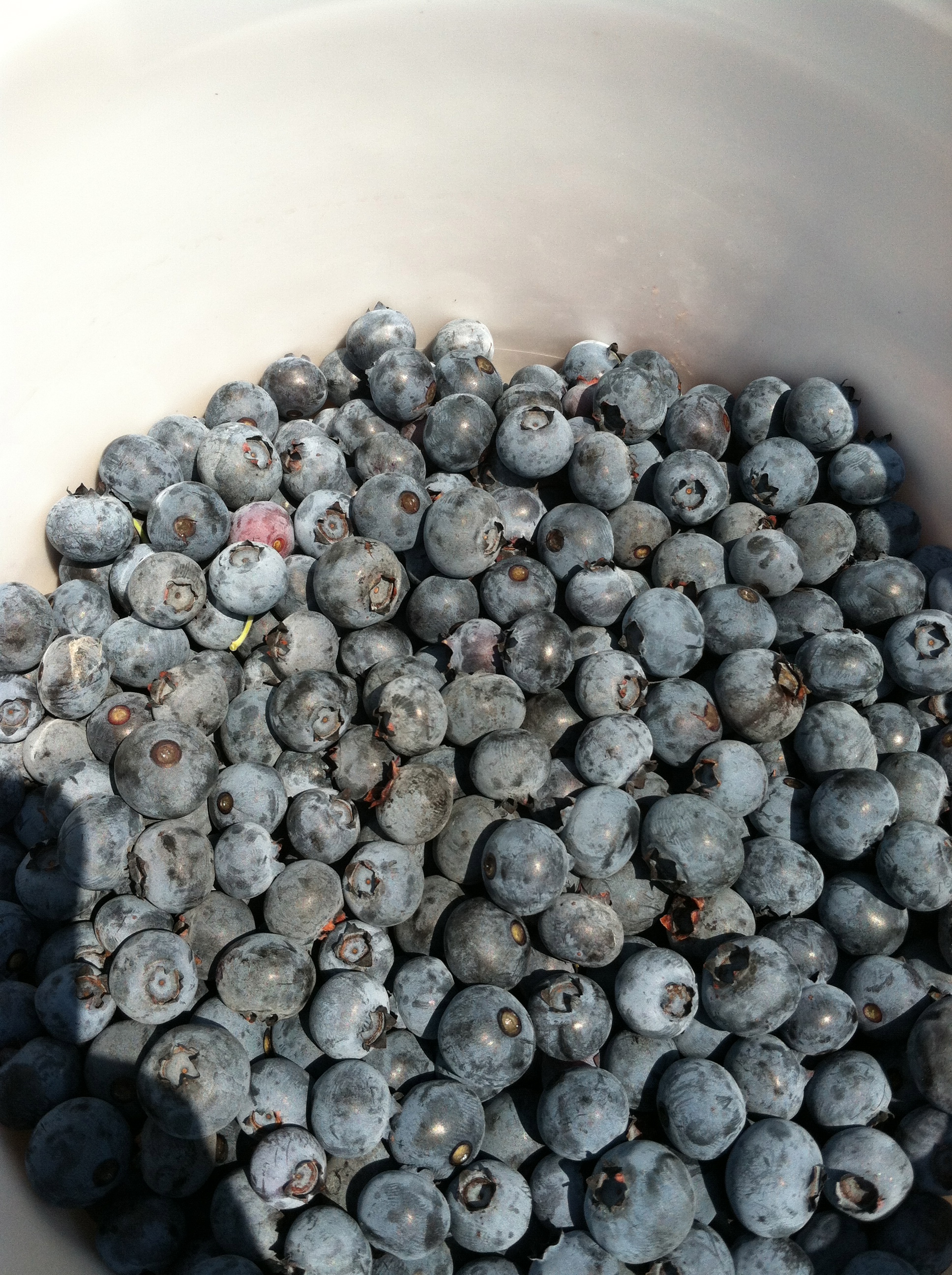 we bought a couple cases of already picked berries, still at a fraction of the price of berries from the market or the grocery store. Not to mention, again, that these berries taste extraordinary, bursting with flavor and color. We find it as difficult as Etta does not to cram fistfuls into our mouths. We decided to freeze most of them and throw together a batch of blueberry jam. In a ten-pound box of blueberries, I think I threw out only a dozen berries that weren’t perfect.

Freezing blueberries really couldn’t be easier. Rinse, dry as best you can, 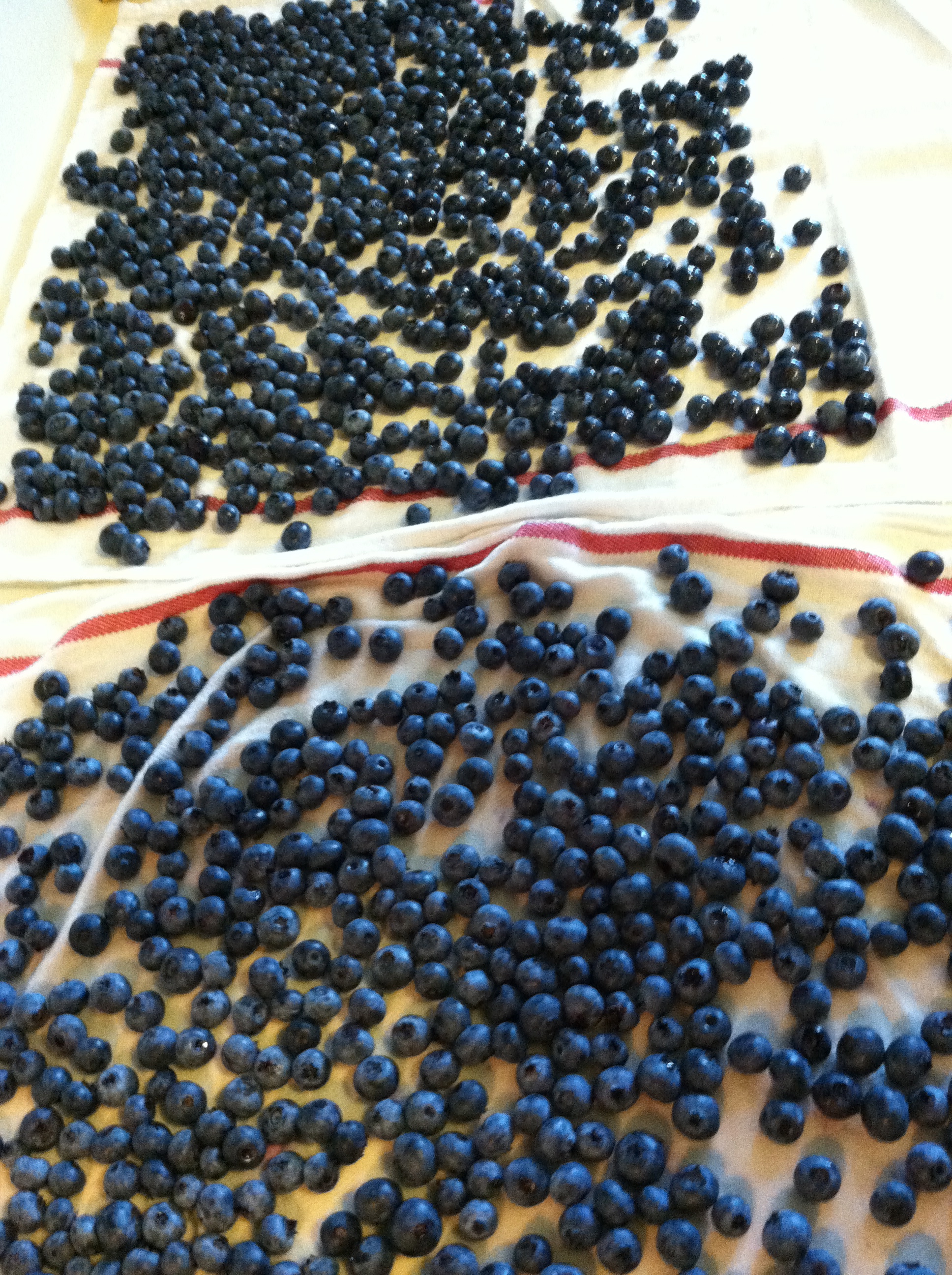 I suggest using your cheaper kitchen towels (as you might have some berries bleed), laying them out and wrapping them gently up to get excess water off them

and load into zip freezer bags. Voila! You’re done and set up for baking projects. I also like to toss a couple handful into oats as they cook on the stove along with a diced apple or pear for a great breakfast topped with granola and a drizzle of maple syrup.

For the jam, I referenced the Ball Jar guide. It’s a simple berry, sugar, lemon, and pectin recipe. I admit, I’m not the biggest blueberry jam fan. But since I’m a huge jam fan to begin with, that makes me pretty happy with this one. 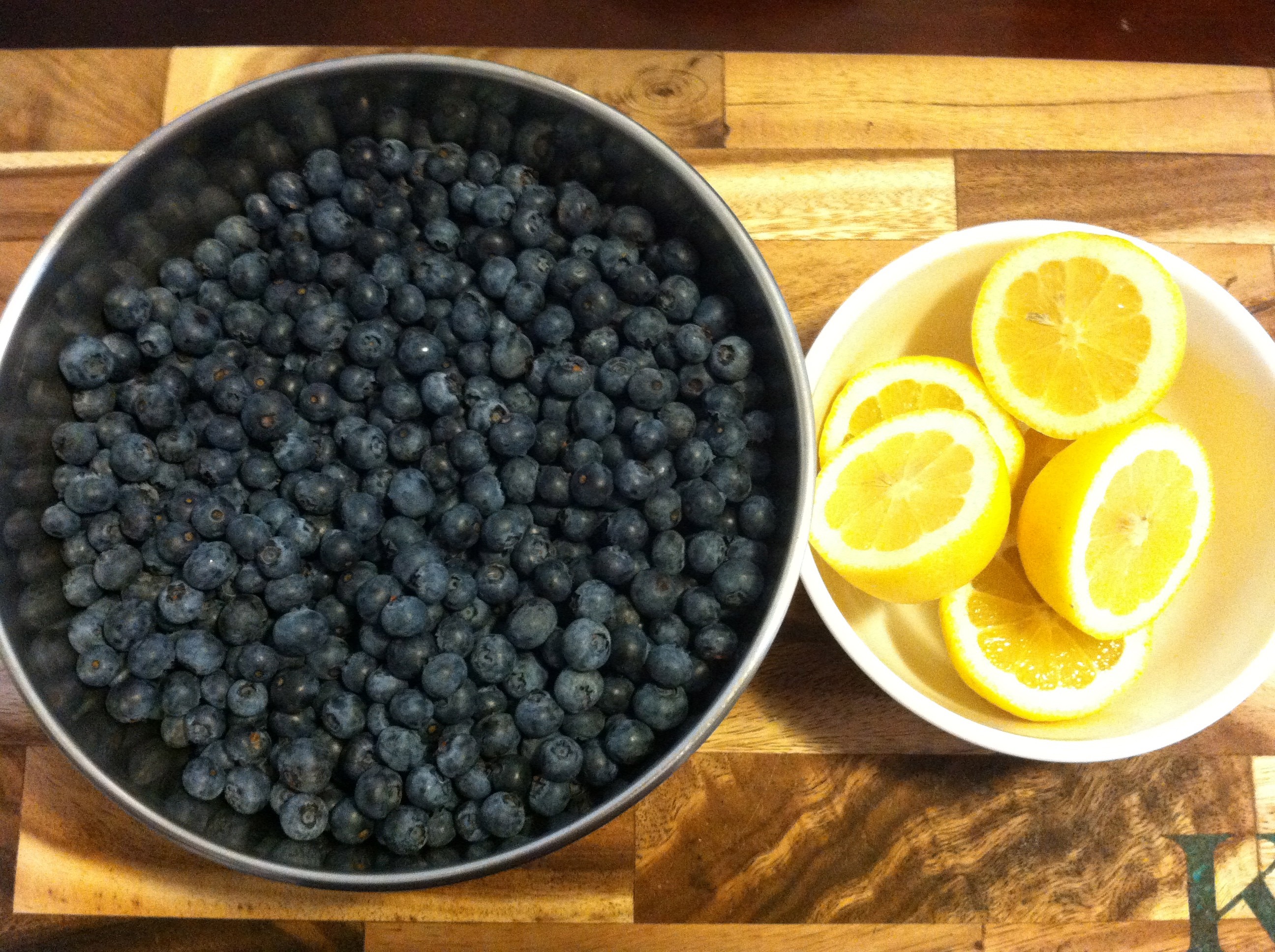 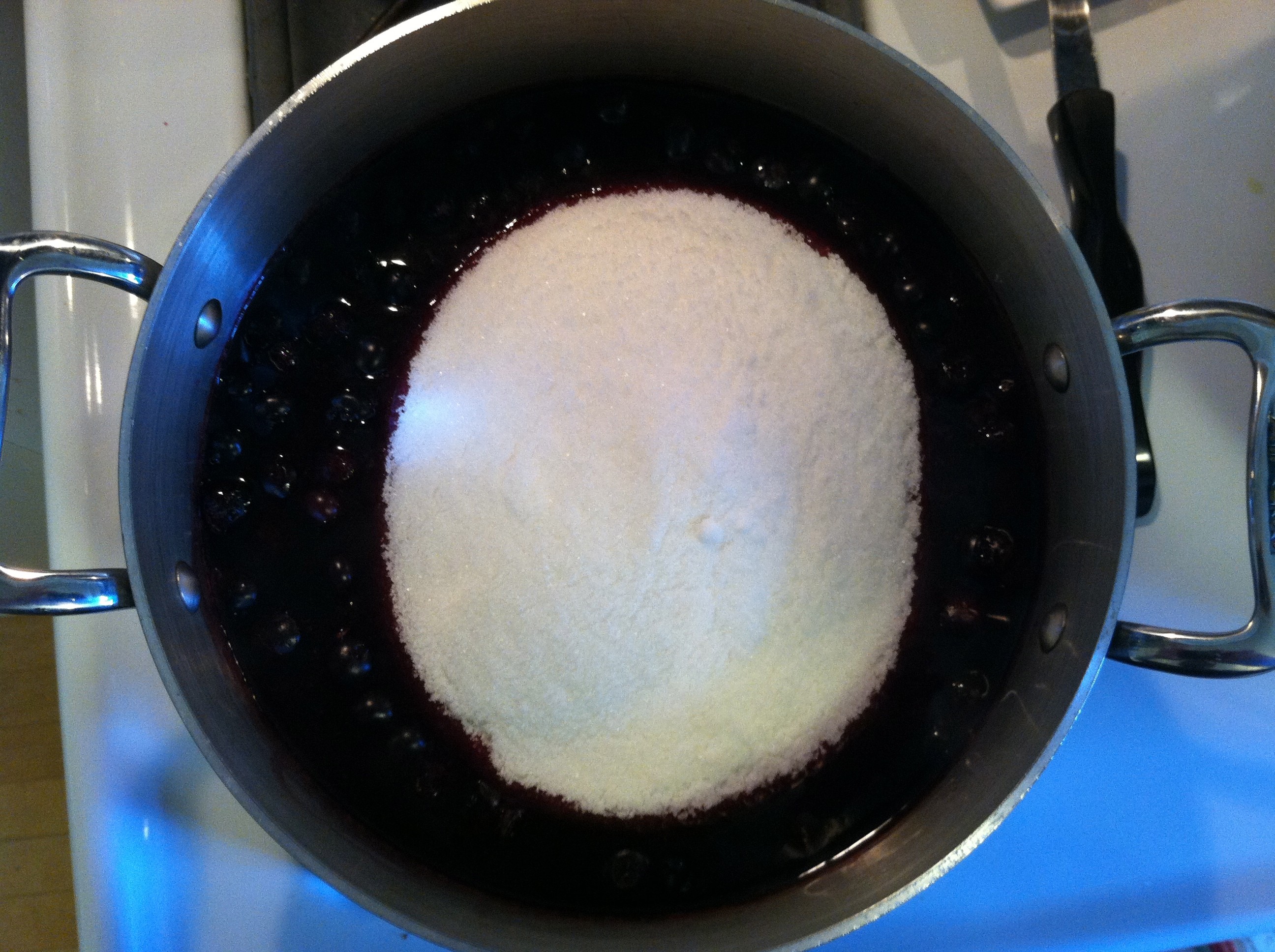 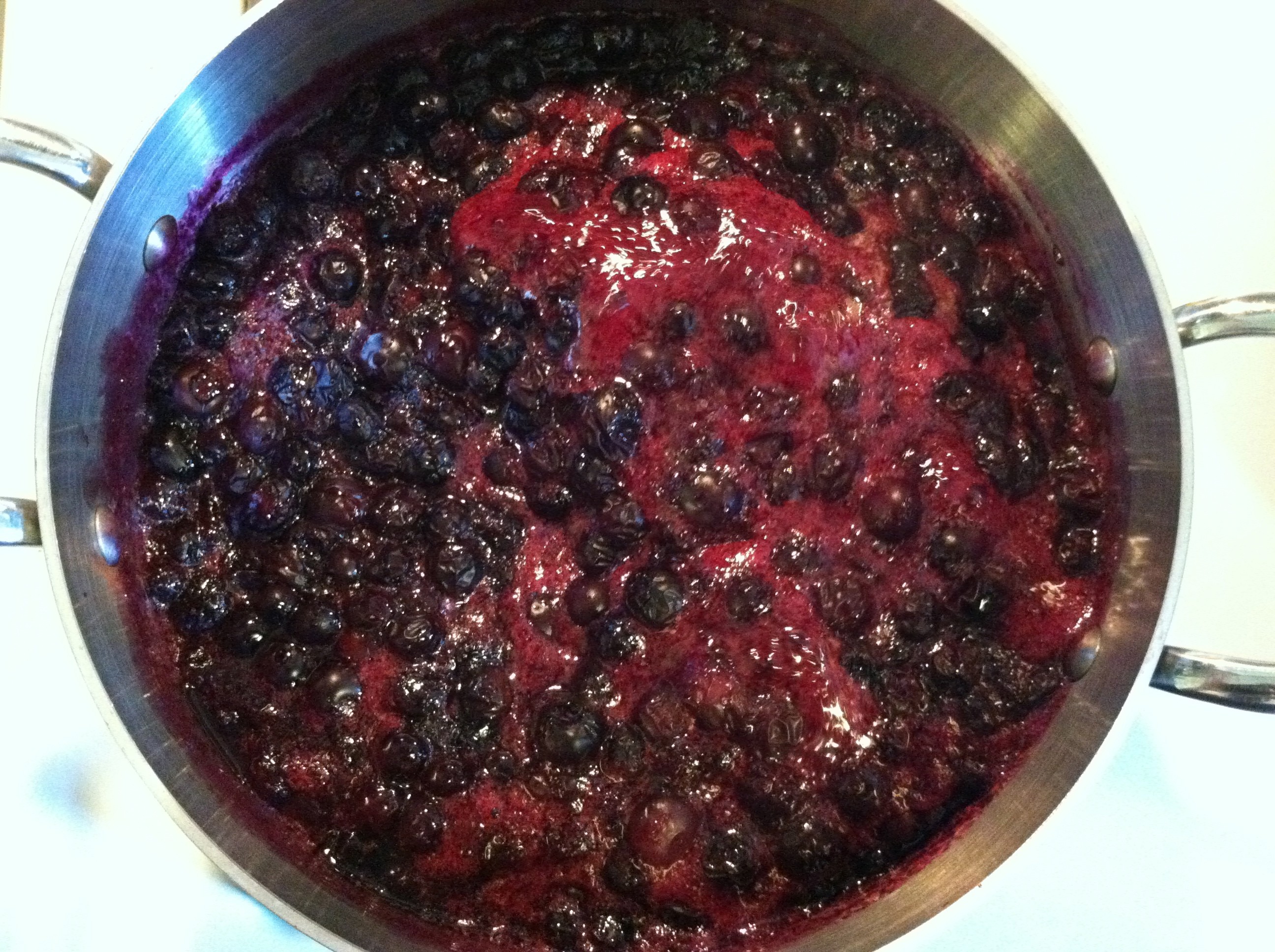 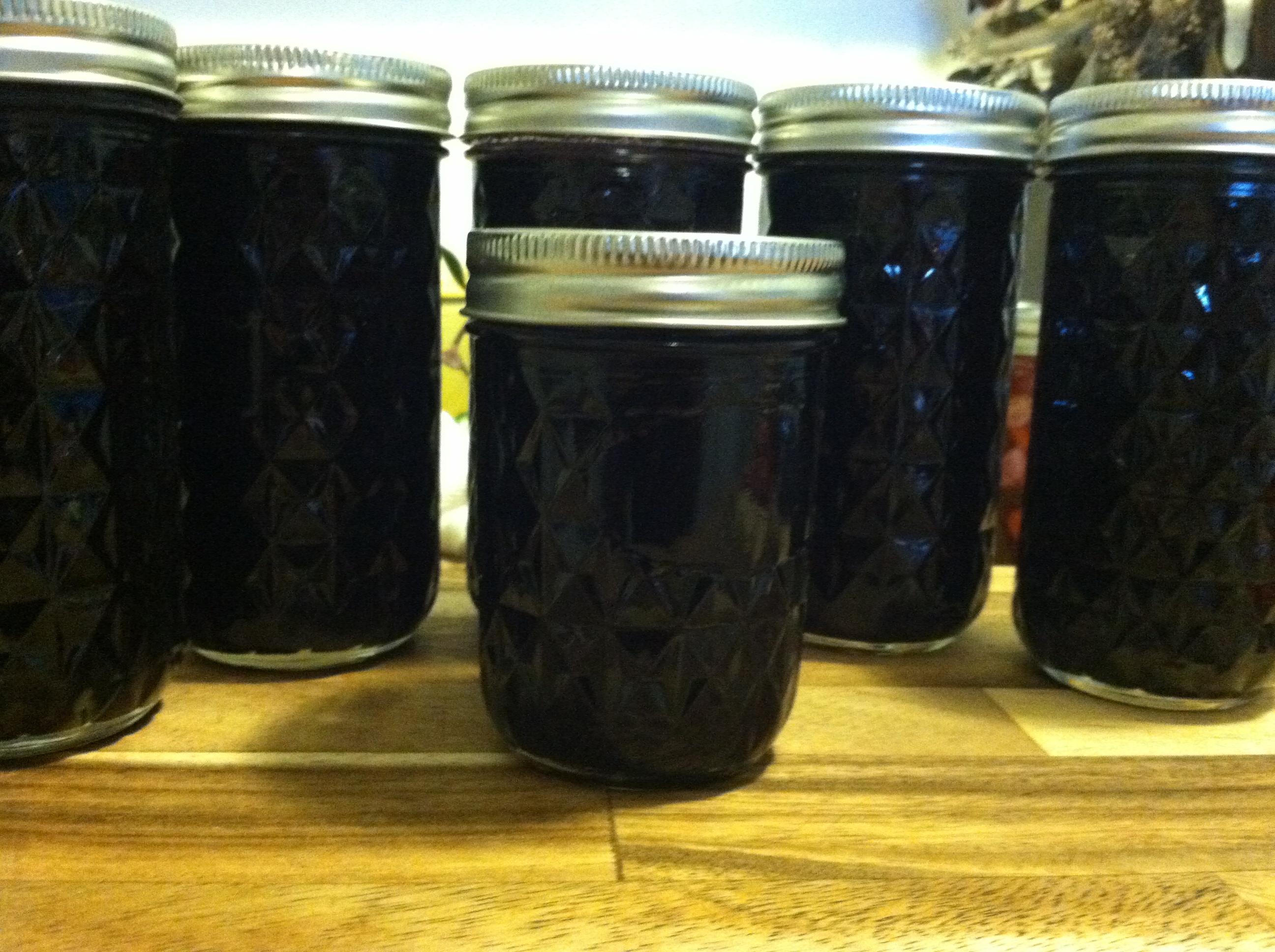 As with so much fresh fruit, we hope at some point to have our own little patch of blueberry bushes. We won’t have the same ideal conditions that southwest Michigan has, but that’s okay. We can always return to Sawyer for that. And right now, it’s good to know that we’ll be feasting on blueberry pancakes (here’s my favorite) and oatmeal and all kinds of berryful baked goods for the next year even while looking forward to returning to Michigan next year. Hopefully at that point, Etta will be better at picking, but I doubt it. 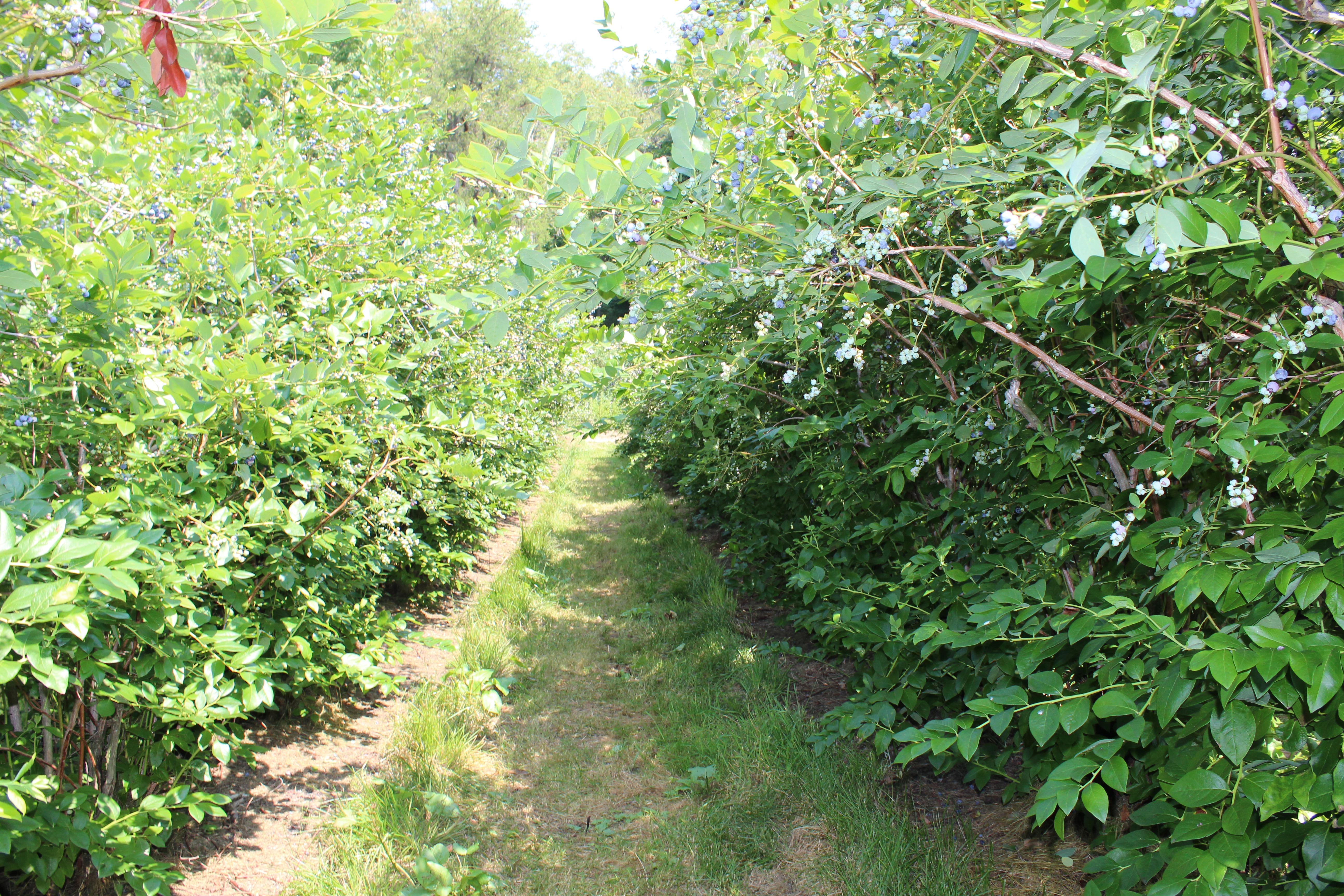 A Row of Goodness